Accused of a DUI

Being accused of a DUI in the Sacramento area can bring upon you some harsh punishments; from spending time in jail, to big fines and even losing your driver’s license. Understanding the laws and your rights regarding DUI or driving under the Influence in the Sacramento jurisdiction becomes extremely important. Hiring the right Sacramento DUI attorney will ensure you a fair trial. When accused of a Dui in the Sacramento County jurisdiction for the first time, the penalties are tough. Minimum 48 hours county jail or alternate work project, fines plus penalty assessments totaling thousands of dollars, minimum 3 month DUI School, 3 years informal probation, 6 month California Driver License suspension, and mandatory installation of an ignition interlock device. Foos Gavin Law Firm has a great Sacramento DUI attorney. We will help you through this tough time.

In the case of alcohol, a drunk driver’s level of intoxication is typically determined by a measurement of blood alcohol content or BAC. A BAC measurement in excess of a specific threshold level, such as 0.05% or 0.08%, defines the criminal offense with no need to prove impairment. In some jurisdictions, there is an aggravated category of the offense at a higher BAC level, such as 0.12%. In most countries, anyone who is convicted of injuring or killing someone while under the influence of alcohol or other drugs can be heavily fined in addition to being given a lengthy prison sentence. DUI and alcohol-related crashes produce an estimated $45 billion in damages every year. 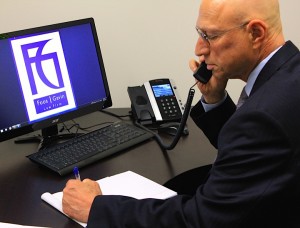 If you are accused of a DUI in the Sacramento area, you need a DUI attorney that can fight for you. An attorney that will demonstrate to the prosecution or a jury that you are not guilty of this DUI crime, and you should not be charged. The laws DUI are very complicated. You need an attorney who understands the DUI, and your rights. You need a DUI attorney that will fight for you.  Contact Sacramento DUI Attorney David Foos. David Foos has great experience defending these DUI charges.  Commissioner Foos is a retired Judicial Officer and knows many of the players in the system. His inside knowledge will help you with your case.  Contact Commissioner Foos at 916-779-3500 or by email at This email address is being protected from spambots. You need JavaScript enabled to view it..  Remember, the first consultation is without cost to you. Do not handle this alone. Let the experience of Foos Gavin Law Firm help you with your DUI case.