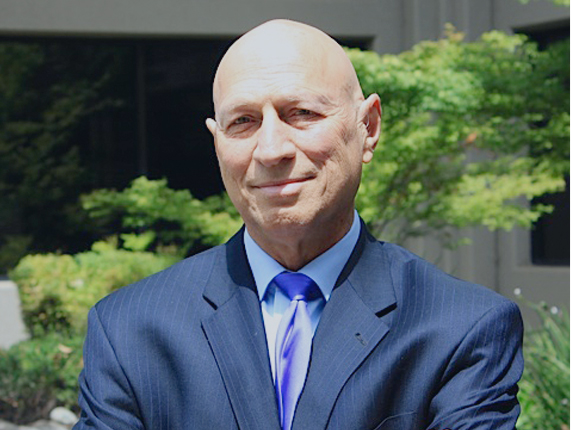 David Foos has been successfully defending people accused of crimes since 1978. David brings a wealth of experience and knowledge to help you get the best possible result in your case. David Foos was a Deputy Public Defender in both Solano and Sacramento Counties for eight years. As a Deputy Public Defender David Foos handled every type of crime from murder cases to misdemeanors. In 1990 David was appointed to be a Court Commissioner by the Judges of the Sacramento Court. A Court Commissioner is a Judicial Officer that often sits on the same cases as a Superior Court Judge. As a Court Commissioner David Foos was the main Judge hearing Driving Under the Influence cases for over a year, heard Juvenile cases, and presided over numerous traffic, as well as civil cases. Since retiring from the Bench in 2006 to enter private practice David Foos has represented clients on a wide variety of criminal charges and has brought his experience to bear to receive extremely positive results on his cases.

Attorney David Foos is a former California Superior Court Commissioner, Sacramento traffic court judge, public defender, and Legal Aid lawyer who has returned to the practice of law after nearly two decades on the bench.

After receiving his masters at UC Berkeley, David Foos attended the UC Hastings College of Law. David passed the California State Bar exam in 1978 and immediately joined the Legal Aid Society, an organization that provides free legal services to those who would not otherwise be able to afford counsel.

Dave P. Foos, Esq. quickly rose within the Legal Aid Society. Foos comments, “I enjoyed working for the underdog, the indigent, those that society had pushed aside.” “Even people of means can feel overwhelmed by the complexity of law. No matter your income, everyone needs a lawyer who can help when you have been charged with a crime or need to protect your rights and property through litigation,” says Foos.

" David Foos is an AMAZING lawyer who really listens—I mean, he pays attention to what is being said about how things happened so that he can make the best case in court. He’s really smart—a great trial lawyer who is terrific at telling the jury or the judge the client’s side of the story! Most important, though, is that he is passionate about the case, and really digs into the story so that he can make the very best case in court. And he answers the phone!!! He’s great!!!! I’d hire him again!!! " – Google Local

David moved from the Legal Aid Society to the Public Defender’s office of Solano and later Sacramento Superior Courts, where he defended the rights of those charged with criminal felonies – the most serious of crimes.

“Sometimes people wonder how an attorney can represent someone who has been accused of committing a crime,” notes Foos. “The law only works when all sides are treated fairly. The same rights that protect the innocent, protect the accused, and both must be fairly represented. All of those charges with a crime are forced to go up against the incredible power and wealth of the prosecution. Criminal Defendants deserve someone who will fight for them all the way.”

As a criminal defense attorney with the Public Defender’s office, David excelled in both negotiation and jury trials. “The only way to get a fair plea bargain from the D.A. is to show them that you are ready and able to fight the case to a trial. I demonstrate to the D.A. that they will have to give my client a fair deal or they will have have a fight on their hands.” David’s qualities as a legal mediator led him to becoming the ultimate arbitrator of right and wrong… a judge.

" David Foos was the best person I met all year! Mr. Foos argued in my favor and the judge threw it out. I couldn’t believe it. I was praying I’d only get 6 months. My wife was crying. This was the best Christmas present for me and my family. Very grateful. " – Shari F. on Yelp.com

From 1990 through 2006 David Foos, attorney at law, was also His Honor, David P. Foos, California Superior Court Commissioner, Sacramento County. “It’s a fancy way of saying I was a family court, small claims court, misdemeanor crime, and traffic court judge,” says Foos. “It may not have the same prestige as a Supreme Court Justice, but that’s okay. These are probably the most important courts to the average citizen.”

Few find themselves in front of a judge because of major criminal charges or headline grabbing civil litigation. For most, the only time they will be in a courtroom is in a divorce, a small claims action, or because of a traffic violation. “It is the ‘introductory courtroom’, which makes it the most important,” says Foos, “And the courtroom, any courtroom, can be an ominous place.”

“Let’s be honest,” says Foos, “Technical legal talk isn’t exactly conversational English. You are in a strange environment faced with someone wearing a robe who has the power to decide an important part of your future or even put you in jail. It’s intimidating. As a Commissioner I was able to demonstrate compassion for those who came before me, however my ability to advocate for change was limited.” After 16 years on the bench, David Foos retired as Superior Court Commissioner and returned to practicing law.

Years with the Legal Aid Society, Public Defender’s Office, and wearing a judge’s robe have given attorney Foos unprecedented access and knowledge to the people who work in the local courthouses. These contacts are an important benefit when representing new clients.

“Whether it’s suing someone who owes you, or defending you, there is a tremendous advantage when the clerks, judges, and other attorneys recognize and respect your lawyer,” says Foos. “I guess it is fair to say I’m an insider of the system I’ve set out to change.”